For over 60 years the Government Experimental Orchard at Blackwood played an important part in the early development of the orchard industry in SA.

Blackwood Forest Recreation Park is located in the Adelaide Hills suburb of Hawthorndene 12km south of Adelaide. The 21ha. area of land forms part of the country of the Kaurna people, who possibly used the site for hunting.

After white settlement the land was used for grazing and hay growing.

In 1908, George Quinn, Chief Horticultural Instructor with the newly formed Department of Agriculture, purchased the 52.5 acres of land from G.Dall for £88 for the purpose of establishing an experimental orchard. Clearing, soil preparation and planting began immediately.

The orchard’s role was to provide for trials and experiments into flowering and ripening periods, habits of growth, fruiting capacities and quality, drying, canning and storage properties as well as resistance to pests and diseases of a wide range of fruit tree varieties.

A 1927 census found over 4,000 different varieties of fruit trees, at the time considered to be the largest collection of varieties in one plantation anywhere in the world.

Today only a few of the original trees (or self-sown seedlings and rootstocks) remain – walnuts, pecans, loquats, mulberries, quinces, greenguage plums and notably a row of 27 named varieties of olives along Turners Avenue boundary. These olives are officially listed by The National Trust of SA as being locally historically important.

In the late 1930s, problems with soil erosion and fertility led to the orchard being mainly replanted with varieties more suited to the local climate. Contour planting was used for the first time in SA and green manure crops were planted between rows of fruit trees.

In 1952, a compartment of Monterey pines, Pinus radiata, was planted near the eastern boundary to provide shelter for fruit trees and to stop soil erosion.

As orcharding in the area declined in the 1960’s, resources were progressively transferred to a new facility at Lenswood and the orchard ceased functioning in 1968, with management being handed over to the Woods and Forests Department.

A second compartment of pines was planted in 1972, with a view to eventual harvest.

By the mid 1980s, the land was no longer required by the government and attempts were made to sell it off for housing. Thankfully, due to sustained community pressure over many years to retain the area as open space, the forest was finally proclaimed a Recreation Park in November 2001. This was a real tribute to the efforts of the local community, reflecting the significance of the forest to the community. Now the reserve is under the management of the National Parks and Wildlife Services SA. The Friends group was formed in 2002 and offers the opportunity for residents to continue to have a say in the forest’s management and to lend a hand to improve the site. 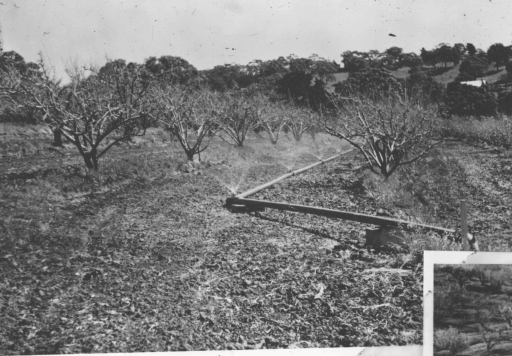 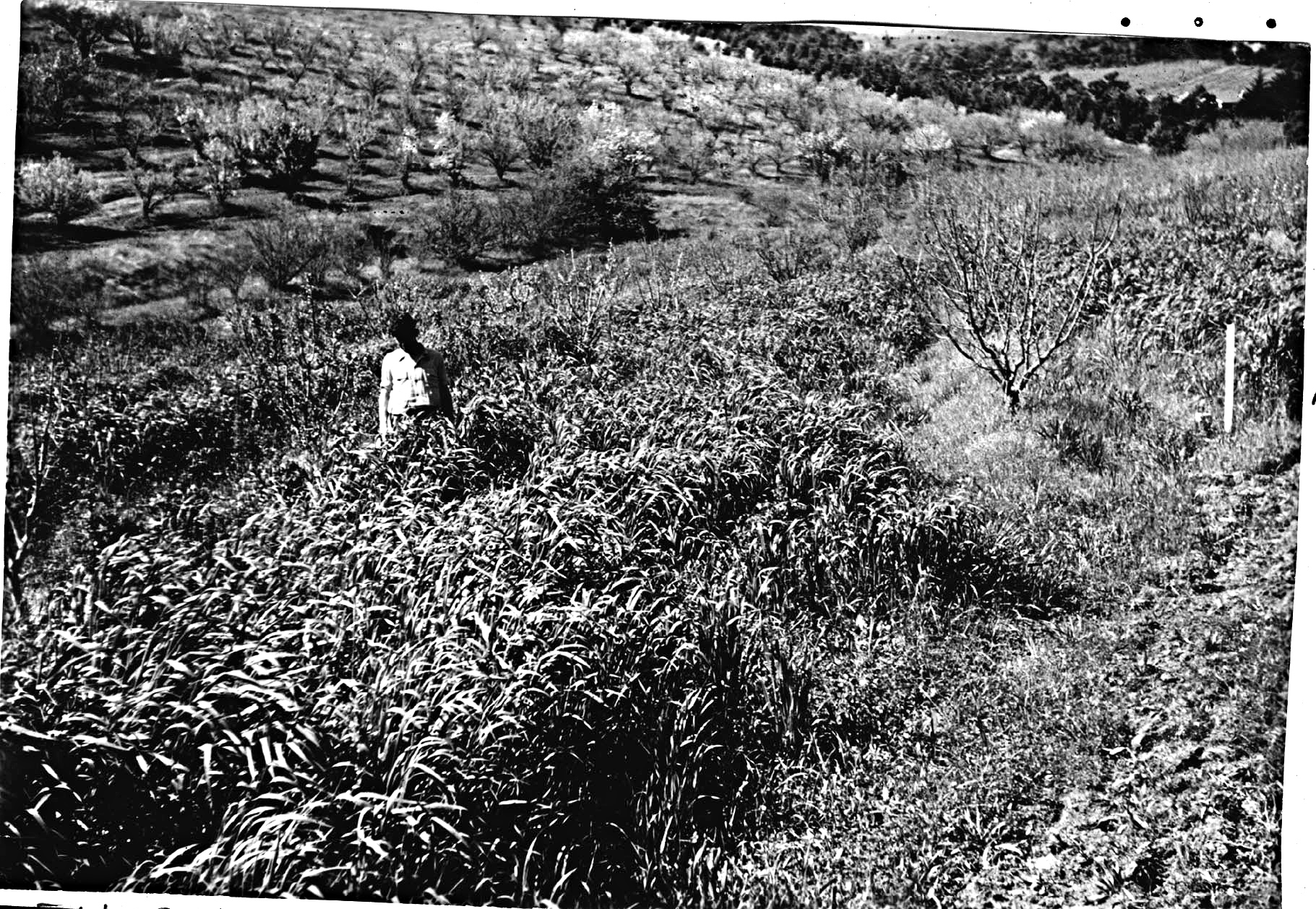 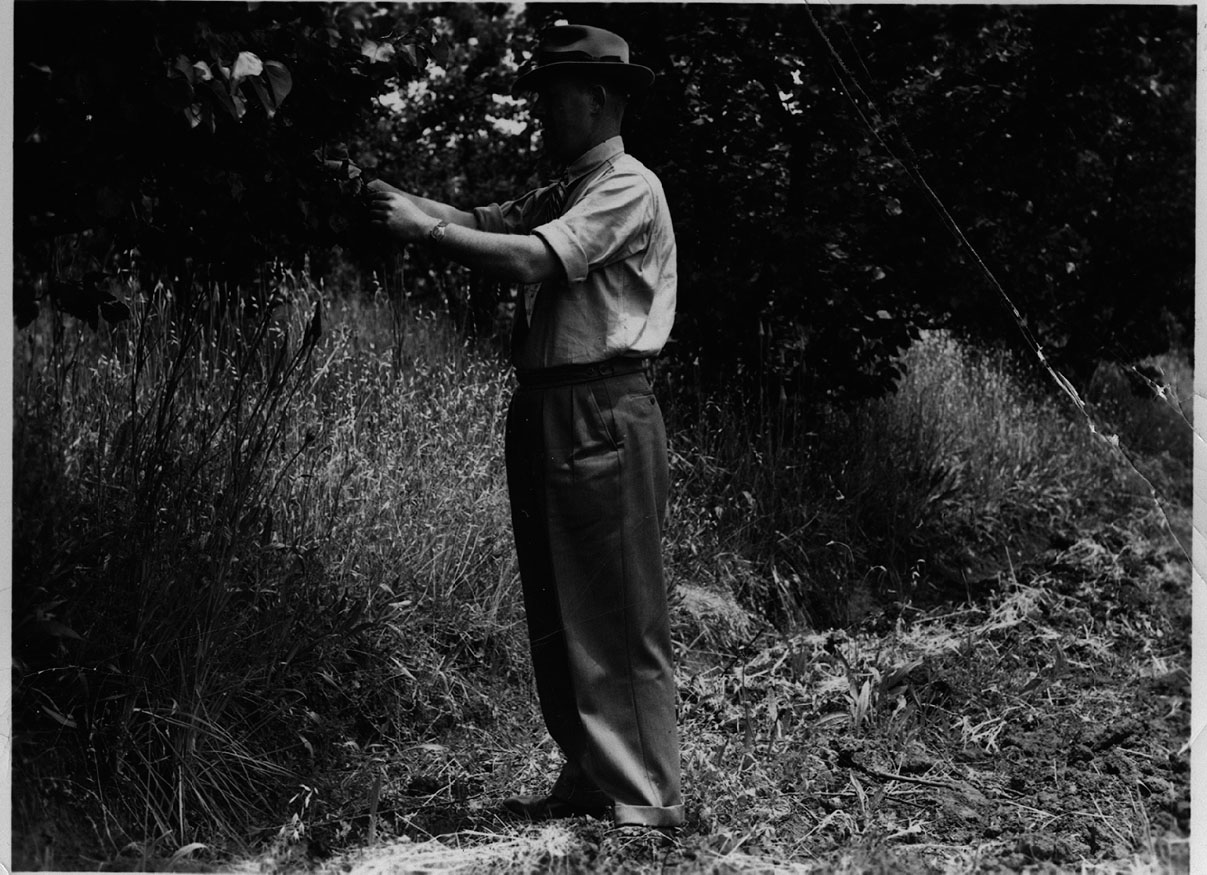 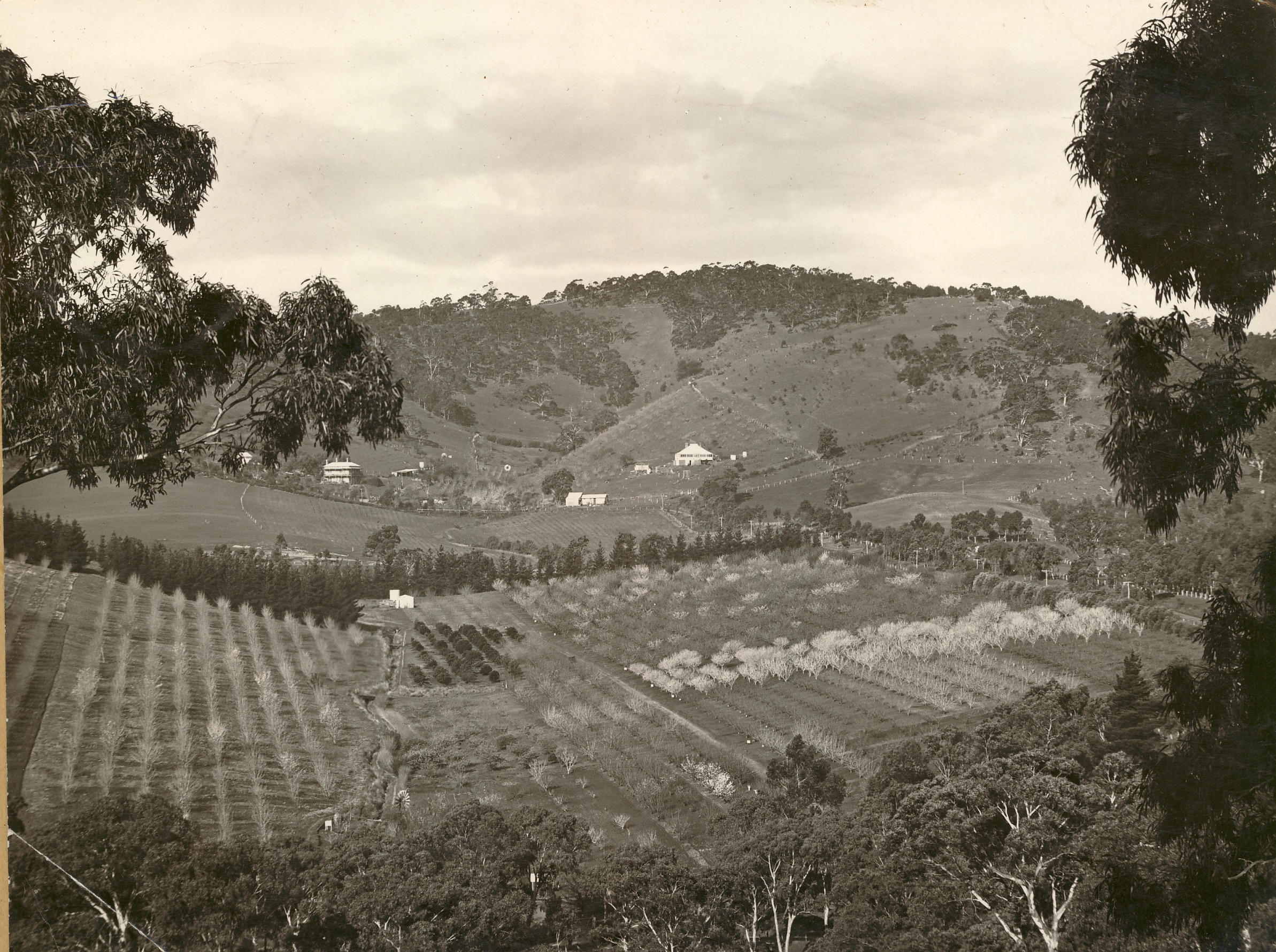 Each label records the exact location of the tree within the Orchard,
for example the label below indicates the Prince Edward apple was planted in block M
and was no 3 in row 42.

The supplier, country of supplier and date are also recorded – The Prince Edward was supplied by Veitch Nursery in England and was planted in 1912

Reinette de Canada was planted in 1908, the year the Orchard was established, and was sourced from Wicks, one of the State’s first nurseries.

The Belle de Boskoop apple came from the Transon Nursery in France and was planted in 1911. A search reveals that it is a crisp, tangy, juicy apple. The skin is rough, dull and russeted. 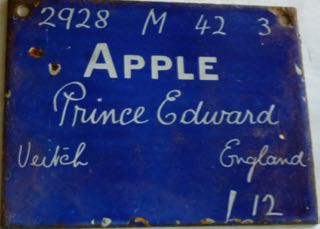 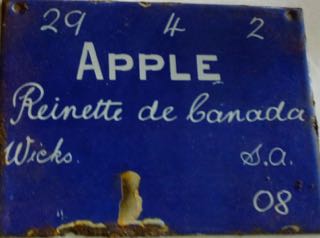 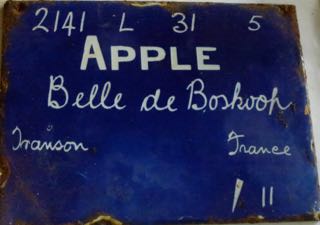